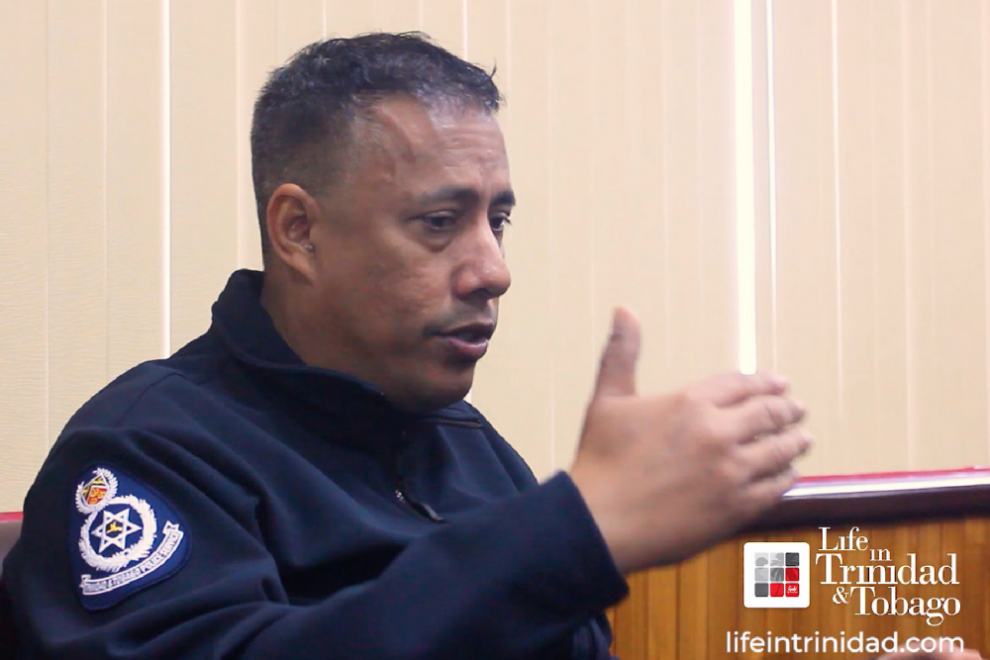 Life in Trinidad and Tobago chats with the Commissioner of Police, Gary Griffith. T&T’s most popular and sometimes controversial public figure.

Saturday morning 9 o’clock, and Gary Griffith is in his Port of Spain office. The Police HQ’s waiting room is filling up with people with appointments to see him. The next day he’d check himself into hospital for fatigue-related symptoms, but he has vowed to keep up his high-energy approach.

When it’s LITT’s turn, he tells us we can ask him anything.

“I don’t do prepared speeches.”

It’s that off-the-cuff, brash, shoot-from-the-hip, and self-confident style that sent his popularity soaring with the public, expressed most clearly on social media. Approving comments far outweigh criticisms. Countless memes portray him as a superhero defender against the bad guys. For a crime-weary public, he seemed to be exactly what they needed – “someone with my personality, my aggression, my force to peg back the criminal elements.”

So is his message to the criminals “we bad like y’all?” we ask.

“No,” he shoots back instantly in trademark style, “we badder than dem, but within the law.”

He’s been criticised for loose and bellicose talk, especially when stating that policemen and women had the right to shoot to kill. We ask him if the Rambo rhetoric is necessary. Griffith has no chill, and zero regrets.

Does he go too far sometimes in punching back at his critics, such as civic group, Fixin’ T&T. Griffith is defiant.

“He obviously does not understand the use of force policy,” he says of Fixin’s leader.

“He has never held a water gun in his life”.

“If you swing at me, I’ll swing back hard… but it’s gonna be above the belt and within the law.”

“It’s a Gary Griffith approach. I have been compared to Trump, to Randy Burroughs, to so many different people. I do not try to imitate anyone. That is my style, that is my character, that is the way I’ve been trained”.

The criminals are “pests and puns who have tried to take away the fundamental rights of citizens.”

“My job is to make sure that I provide that fundamental right for the law-abiding citizens.”

T&T passed the grim milestone of 500 homicides in 2018. Griffith says the police actually bent the curve since he took office, because up to then, the number had been trending over 600. Hopes are sky high that he’s the man to bring back order, and he knows that he’ll ultimately be judged on numbers like these. If he succeeds, he says, the approach will have been worth it.

“Hopefully, in a few years from now, the country would not need someone the character of Gary Griffith as commissioner of police… we’d be back to a situation where the country is under control and criminal elements do not try to take over.”

Are there bad man no-go areas for T&T’s cops, and what does he have to say to young people attracted by criminal gangs? Keep coming back here for more of our chat with Gary Griffith. Go to our Facebook and Instagram pages for video of the COP shooting from the lip