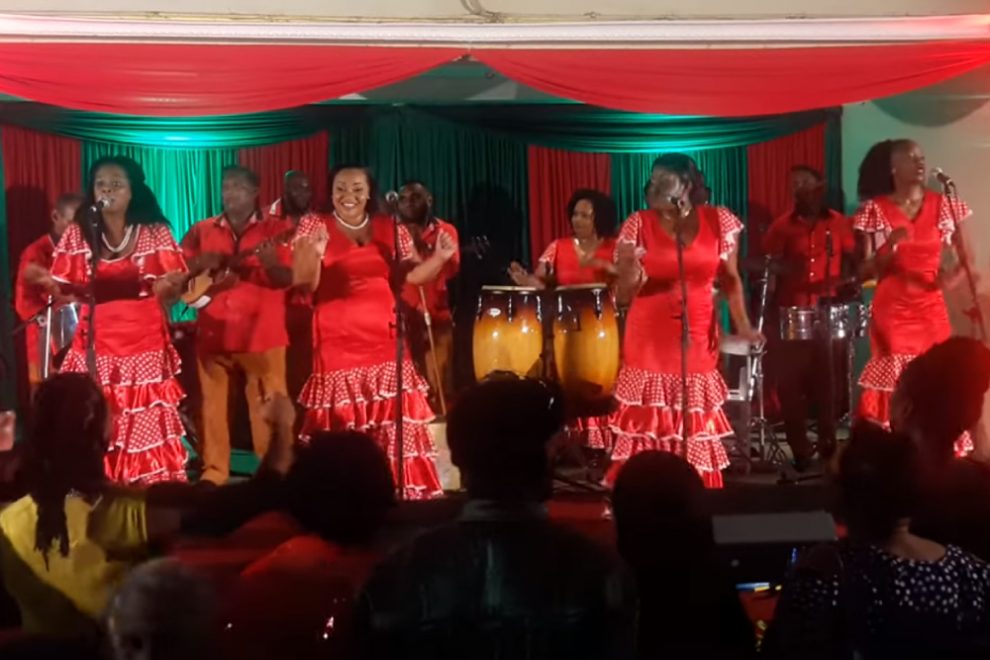 Parang music is popular in Trinidad and Tobago during the Christmas season. Take a listen to Los Alumnos De San Juan's parang remix of Despacito.

Luis Fonsi’s ‘Despacito’ broke the Internet in 2017! From Major Lazer and MOSKA’s EDM version to the debatably hilarious I Wear Speedos remix, this song invaded our radios for the majority of the year and spewed a slew of remakes. Very much like salt, Trinis were sure to get in on the action.

Check out the beautiful and creative vocals of Trinidad and Tobago’s very own Parranderos, Los Alumnos De San Juan, in their festive take of Despacito. Listen as they put a traditional parang twist that embodies everything that makes Trini Christmas the best.

Si, yes it’s the time of the year where we love to share

With our friends and family, fans and foes

Ah Si, the days are shorter, nights longer, the atmosphere

Filled with love and laughter, joy and care.

Then we getting ready to head up to Paramin

When 5 in d morning we still paranging

If yuh love yuh parang, lemme see yuh do so.

It is Christmas time right here in sweet Trinbago

We getting ready for the birth of Jesuchristo

The cleaning and the shopping, everywhere you see love flow,

This is how we do it here in sweet Trinbago

Parang house to house, we doh have to know yuh

I never wanna spend a Christmas away from mi isla bella (oh, oh)

That is gonna drive me loca (oh, oh)

Christmas is here, everybody come along

Sing and dance yeah to the song

Christmas music in the air

It comes around once a year

People jumping up and singing along to d (Parang!)

We come out here to sing, dance, and play music in d party

Mashup every party when yuh see we touch down.

We heading down to Sando, Tabaquite y Rio Claro

All the parrenderos, all d parang lovers