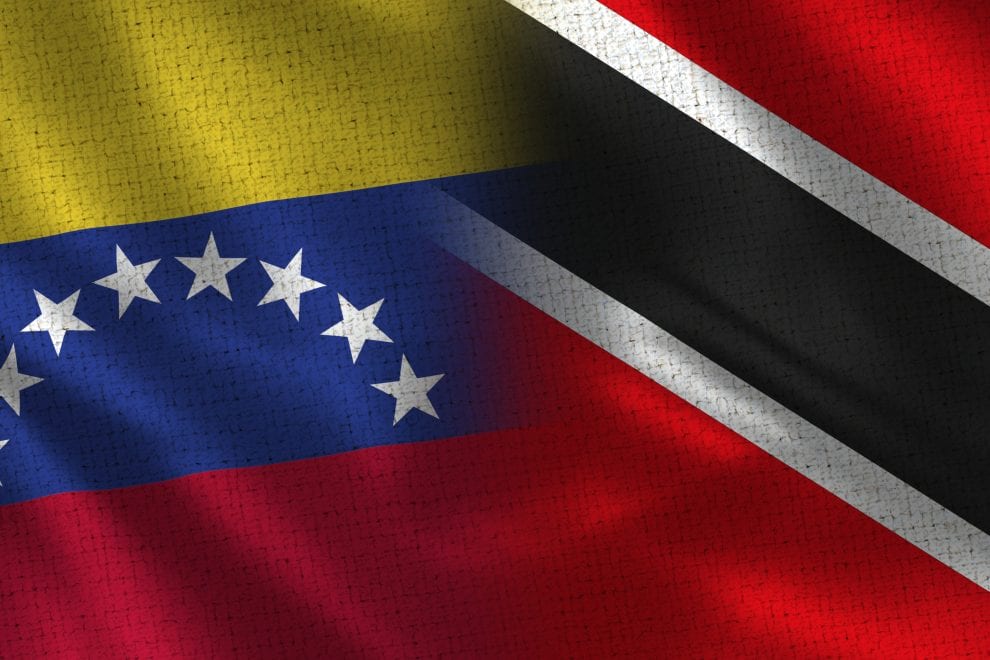 Trinidad and Tobago and Venezeula has a historic connection that's growing closer in contemporary times. Here are five things worth knowing about the Trinizuelan connection.

Venezuela is very much in the news globally – especially here in Trinidad and Tobago, where there’ve been exchanges of strong words between the US embassy and the government, over the latter’s statement that it recognises the embattled government of Nicolas Maduro, and not the “interim President” claims of Juan Guaido, the leader of the opposition to Maduro’s rule. The T&T opposition has sided with Guaido, and criticised the government for – the way they see it – picking an unnecessary and costly fight with the US.

You can see Venezuela from some parts of southwest Trinidad. The countries are not only close geographically, but historically and culturally as well. Caught in the middle of the crisis are Trinizuelans, Trinidadians with close, blood ties to Venezuela.

Here are Five Things worth knowing about the Trinizuelan connection.

There’s a ‘Little Trinidad’ in Venezuela

The small town of El Callao in the state of Bolivar in eastern Venezuela is regarded as Little Trinidad. It has calypso, carnival, callaloo, dumplings, bake and everything else you’d find in T&T. And it has Trinis by the thousands. Close your eyes, open you ears and taste buds, and you’d think you were in sweet T&T.

According to Wikipedia, “The carnival is one of the most important in Venezuela, and they say it is the party most awaited by tourists and locals. It is famous for its colorful and strong cultural richness, and for its sticky calypso music”. Venezuela itself means “Little Venice”, so by right, shouldn’t El Callao be called Trinizuela? How about we make the case for it?

The Parang connection and the long history of migration The parang connection is well-known, but perhaps not so much its deep roots and history. We’d like to think that we did a good job walking you through all of that here. It’s worth another read. But it’s not just Parang culture… the geographical closeness of the countries means that there’s been movement of people between the two for centuries.

Trinizuelans feel caught in the middle

In every country, there’s a less appealing side to human interactions, fueled in large part by ignorance and mistrust. Unfortunately, some of that exists in the long and complex relationship between the 2 countries. Our Trinizuelan contacts tell us that Venezuelan woman are sometimes (and we emphasise “sometimes”) objects of misogyny by some (and we emphasis “some”) Trini men, who have a particular view of “Spanish” women. Conversely in some parts of Venezuela, racism towards people with dark skin is alive. One Trinizuelan told us that it is not unusual to gat taunts of “monkey”. And she feels caught in the middle, not in a good way. Neither is the whole story of course, but one incident is too many. Look away now, my fellow Trinis… Angostura, a Trinidad and Tobago symbol globally, originated in Venezuela. According to Wikipedia, “the bitters were first produced in the town of Angostura (now Ciudad Bolivar), hence the name, but do not contain angostura bark. The bottle is recognisable by its distinctive oversized label. ‘Angostura’ is Spanish for ‘narrowing’, the town of Angostura having been located at the first narrowing of the Orinoco River”. Don’t yell at us. We’re just the messenger.

Now we can’t say for sure whether the greatest batsman who ever lived has Trinizuelan roots, but the Trinizuelans we spoke with insist that this is the case, and the evidence would seem to indicate that. Consider… he’s from Santa Cruz, one of the heartlands of Trinizuela and Parang. Two, the name Lara itself. Three, the Lara Brothers are famous parangeros. And while we’re on the subject of Spanish sounding cricketing names from Santa Cruz, you know who else could have connections, according to our Trinizuelan brothers and sisters? The Bravos, DJ (The Champion) and Darren. We will be reaching out to those famous sons of T&T for their family stories.

Do keep reading Life In Trinidad in Tobago.