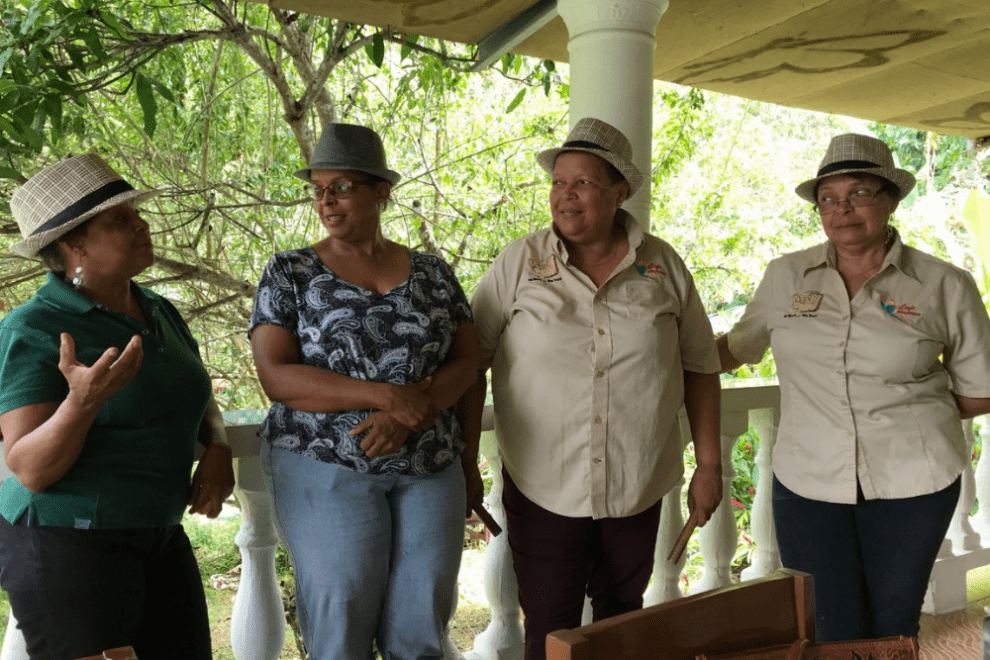 A turn off of the busy Eastern Main Road at Arouca, leads one up winding, hilly roads into the lush, beautiful green valleys of Lopinot. Parang country in Trinidad has several beating hearts and Lopinot – along with Paramin, St Joseph, Santa Cruz and Arima to varying degrees – is one of them. Many who live in the Lopinot valley are descendents of immigrants from Venezuela three and four generations ago. One of those families is the Guerreros, who run a charming café and inn named Café Mariposa (butterfly in Spanish).

Parang is a form of folk music in T&T and Venezuela. It was introduced to Trinidad and Tobago by Venezuelan and to a lesser extent, Colombian migrants. According to Wikipedia, its influences include Spanish, Amerindian, Mestizo,  African and “cocoa panyol” early immigrants who came to harvest to cocoa crop – and the word ‘parang’ is derived from two Spanish words… parranda, meaning “a spree or fête”, and parar meaning “to stop”. Marcia Guerrero is one of five sisters who run Mariposa, and they themselves play parang tunes for their guests at Christmastime. Parang is changing, she concedes, in a way that makes it important to protect its essential character, which centres around the birth of Jesus.

“Old panageros like my grandfather who wrote parang music, would leave their homes probably at the beginning of October and they would go from village to village paranging”.

“And as it began to become more popular, they would play at events, and (important people in T&T society) would invite them to their homes to serenade their guests”.

She’s not keen on the more suggestive, double entendre style of some of the popular songs today.

“But you know culture evolves and people change things as they go along. We still sing, in Lopinot, some of the old sweet parang that you’d have gotten when we were children growing up”.

The Santa Claus culture makes Christmas special for children. For Marcia, she and the other kids in her time had the same heightened excitement when it came to parang musicians making their early morning calls.

“As a child, you’re waiting for this magical moment when these parangeros would come. You’d start hearing the little strings playing at the gate or at the door… but for my grandfather if you did not sing the serenal (which was the opening song) properly, he would not let you in”.

She chuckles at the memory.

“That’s how it was with the older people of Spanish ancestry. They clearly understood (that) we are speaking about the birth of Christ. My grandfather used the words of his Spanish bible to write his lyrics”.

“I’m not saying that you can’t have other Spanish music”, Marcia says, but if you’re calling it Parang, that’s what it was to us”.

When the Guerrero sisters perform in Lopinot, it is in the old, traditional style.