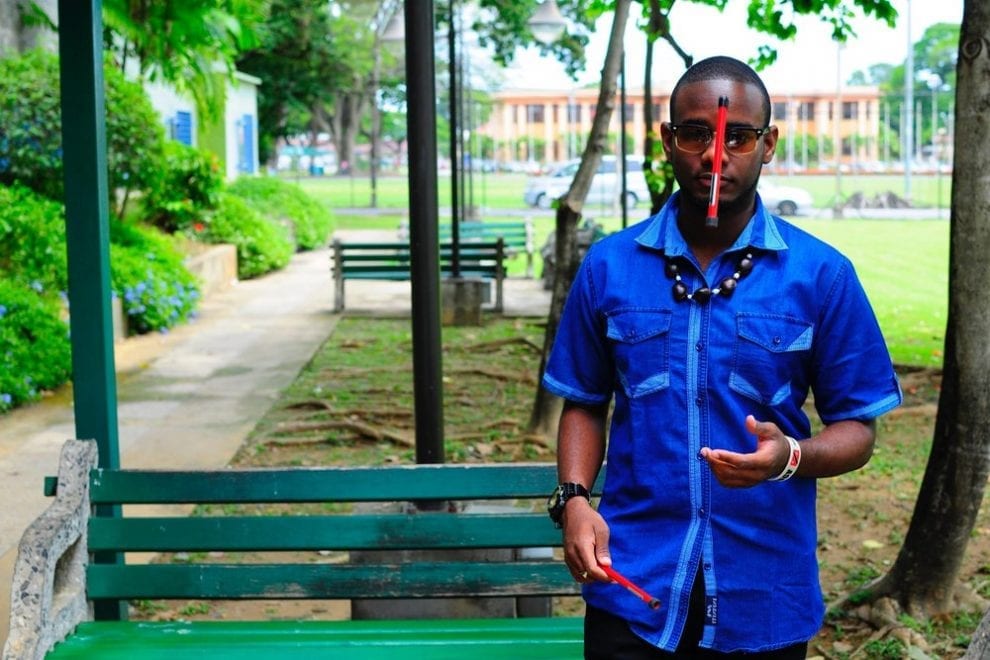 Don't you love when young people step up to the plate and show the amazing possibilities for Trinidad and Tobago's culture?

Keishaun Julien is an icon in the making. Known for his ever-so-often viral steelpan videos on social media, Keishaun hails from the beautiful isle of Tobago. At 21 years old, Mr. Julien has established his brand and continues to grow as a household name in the steelpan fraternity.

Mr. Julien was introduced to the steelpan at age 6, though his journey as a professional steelpan player really began at the age of 10, as a member of the Our Boys Steel Orchestra. During his early years at O.B.S.O, he was mentored by Mr. Leeandro Noray and eventually became the leader of the band’s tenor section.

Mr. Julien’s leadership qualities were further developed during his final years of secondary school when he captained his school’s steelband in its first panorama. Keishaun went on to captain Youth in Steel, a band formed by the Tobago members of the short-lived National Youth Steel Orchestra. Under his captaincy in 2010, Youth in Steel placed 1st in the National Junior Steelband Music Festival. Additionally, Keishaun represented Y.I.S in the solo category of the same music festival, where he placed 3rd. No stranger to competition, Keishaun has either won or been highly placed in several events. Notably, the Scarborough Secondary School Jingle Jam, Children’s Showcase, Baker’s Scouting for Talent, and the Citizen Security Programme Talent Competition to mention a few. Apart from competing locally, Keishaun Julien enjoys traveling and sharing his talent with the world. Mr. Julien has represented Trinidad and Tobago on the national instrument in Belgium, Canada, France, and the United States. His most recent trip was in July 2017 to Belize and Mexico.

To promote Trinidad and Tobago’s culture, Keishaun created a Youtube Channel dedicated to posting videos of himself playing the national instrument. Presently, his Youtube channel has over 6,000 subscribers and over 1 million cumulative views. Recently, he uploaded a steelpan cover of “Despacito” which has gained over 300,000 thousand views on Facebook alone. His ability to create a stable online fan base is something that very few steelpan musicians have accomplished. As a result, his social media presence has served as a platform to inspire upcoming pannists. Keishaun currently attends the University of the West Indies, St Augustine Campus, where he pursues a BA in Musical Arts using the steelpan as his major instrument. Upon completion of his Bachelor’s, he hopes to continue traveling to perform in order to further sell the product of Trinidad and Tobago to the world. He has plans to eventually open a music school in Tobago. Mr. Julien recently concluded a steelpan camp in August of 2017. He volunteered his services to the Gentle Giants Foundation in Tobago, teaching young persons the fundamentals of playing the steelpan. Keishaun’s contribution to culture has not gone unrecognized. Artists and organisations such as Kes the Band, Erphraan Alves, and the Tobago Cultural Committee have all recognized his influence on the art form. Looking up to steelpan musicians such as Duvone Stewart, Liam Teague, and Len “Boogsie” Sharpe, Mr. Julien hopes to be remembered for his notable contribution to the arts in Trinidad, Tobago, and by extension the world.