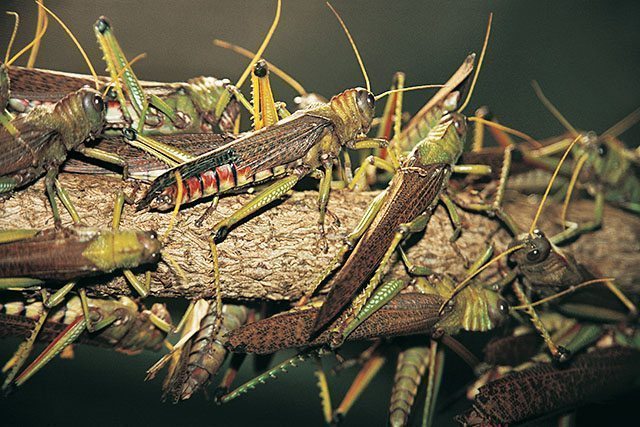 What would you do if locusts overtook your home?

It’s the stuff of sci-fi movies, and it’s happening right here in Trinidad. Locusts have descended upon us in multitudes. In response, Agriculture Minister Clarence Rambharat has assured the public that extra staff and insecticides will be deployed in the five most affected areas in Moruga.

The minister gave the assurance in the Senate yesterday while responding to questions from the Opposition on the epidemic that is ongoing in the south region. Point Fortin and other areas were badly hit. The minister assured that the locust infestation was cyclical in nature with a nesting phase in September.

24 areas in Moruga are severely affected and the ministry promised to send out seven mist blowers and two cannon sprayers to combat the flying swarms.

The Minister lamented the negative effect that the epidemic has caused to agricultural production and daily living in the area. He lamented the fact that there was no policy in place to pay out compensations to affected farmers but promised that the ministry will support them as much as possible.