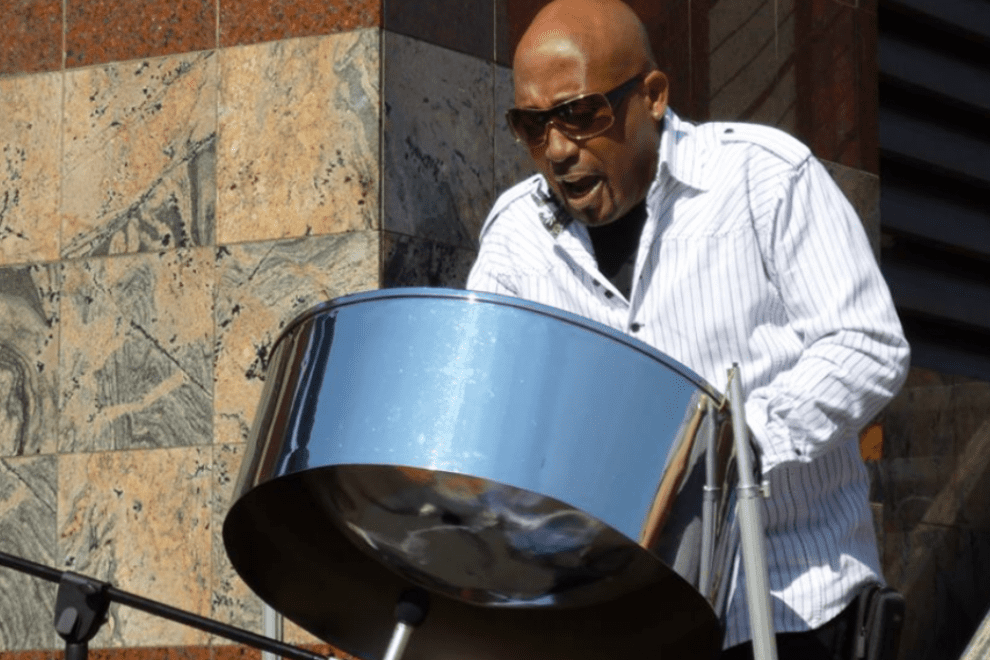 When the steel pan rhythm hits you, you have the dance!

Ken “Professor” Philmore was a talented pannist, arranger, and composer from Trinidad and Tobago, the home of the steel pan. He was a pioneer of major proportions and he left a rich legacy in the wake of his death, on 30th September 2018.

Hailing from South Trinidad, he first played with Hatters, moved to Kalomo Kings in 1977, and then to Gay Hoytonians before settling with Fonclaire Steel Orchestra in 1981. Philmore was an inspiration to So­ca artistes, pan­nists, drum­mers, ca­lyp­so­ni­ans, and other members of the creative industry in Trinidad and Tobago.

Ken Philmore did his first album in 1985 with Pan Assembly and assisted Fonclaire in no small way in reaching a joint 6th place with his arrangement of Pan in A Minor. This association with Fonclaire enabled the band to be joint winners in 1988 with Deltones and to win the South Zone of Panorama for the next four years. It is interesting to note that following in the footsteps of another steel pan icon, Len “Boogsie” Sharpe, Ken also began composing tunes for Panorama. For instance; Pan By Storm (1990), Pan Ecstasy (1991) and Pan in the Party (1992).

During the years 1989, 1990 and 1991, his arrangements placed second each year in Panorama with the band Fonclaire.

Taking Steel Pan to the World

Appearing with international stars such as Tina Turner and Lionel Hampton in New York and in concert with the world renowned Latin American musician Tito Puente, Philmore played an critical role in introducing the foreign nations to steel pan. In 1996, he was honoured by Pan Trinbago as one of the most promising arrangers. He appeared as a special guest with Mercer Ellington, son of “Duke” Ellington and was featured on the title cut of Ellington’s album Queenie Pie Reggae.

Ken “Professor” Philmore did this country and South Trinidad proud and was a musician of tremendous skill and talent.

So when you’re palancing to Nailah’s Iron Love and enjoying the sweet steel pan, remember the the legend Ken “Professor” Philmore. With the familiar jamming of the Laventille Rhythm Section in the background, this tune is nostalgic and reverent to life in Trinidad and Tobago.