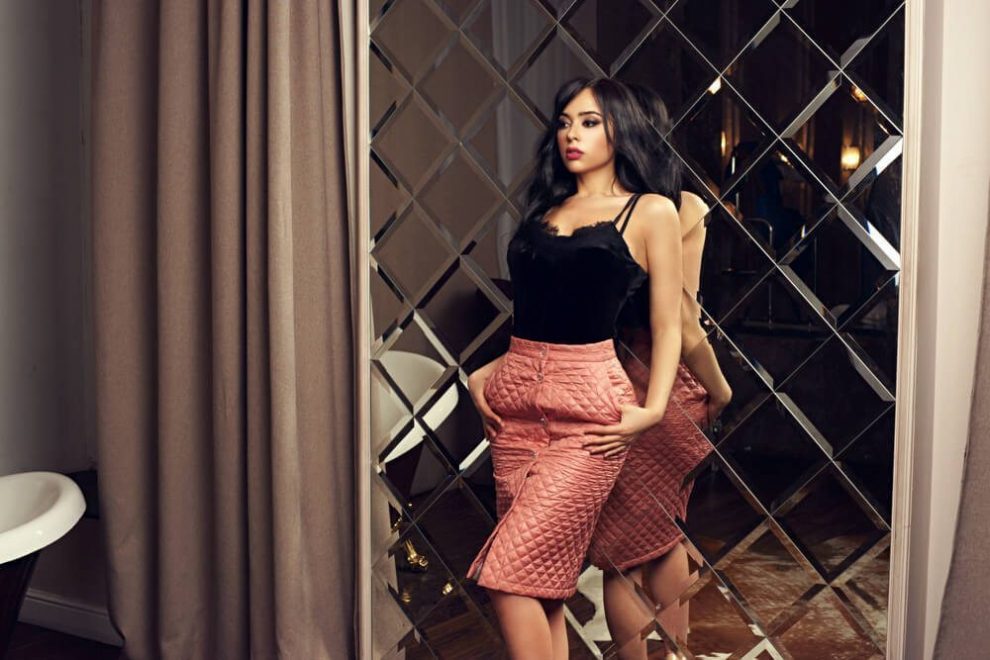 One of the many debated questions throughout history has been, “Who are women dressing for, themselves, other women or for men?

Throughout recorded history, women have learned to take the male’s particular fancies into account when seeking a mate. Current fashions, style and cultural rituals typically dictate how women behave. Each generation and every culture adds new moves and brings a slightly different flair to the male-female mating dance. For women, at least, choosing a mate begins with choosing how we display ourselves. When we’re dressed our sexiest, are we dressing for other women? In a way we are but it’s in competition. For men.

A Belted Dress or Skirt

Nothing makes women feel more ladylike than a dress, especially the belted variety, which slims the waistline, enhances curviness, and is currently in style. There is an evolutionary explanation for waist-cinching. In the nineteenth century, women wore bustles under their skirts to accentuate the size of their hips. Our female predecessors strapped on torturous corsets to reduce their waist size to make the distinction between waist and hip even more obvious and alluring. According to studies on the subject, this ratio has consistently proven to grab a male’s attention. So much so, in fact, that throughout history it was thought that a woman most capable of bearing children had a waist that was 70 percent smaller than her hips. It is said that belts and even colours and patterns can draw a man’s attention to a woman waist and hips. It’s generally accepted, for example, that men like long legs and so women wear high-heeled shoes and short dresses to show them off. Why? Well according to Ph.D author Gad Saad, heels raises the buttocks so they become visually attractive to men. This boost of the butt produces a curve of the lower back toward the abdomen which is the position of female sexual receptivity. Ever wondered why it is that strippers still wear stilettos after they’ve shed their clothing? Wonder no more. Some studies show that women will wear shorter dresses and higher heels when ovulating. Women dress more provocatively during specific days of their menstrual cycles because they are consciously or unconsciously trying to attract a man. Red means different things to different cultures. In Chinese culture, it represents good luck and prosperity, which is why people often paint their front doors red but in western culture, red often means sex. If you think about it, most of the images that represent passionate love are red: red roses, red lipstick, red lingerie even red heart boxes of candy on Valentine’s day. If red is typically associated with sex, then does wearing red make a woman sexier?

A growing body of research has revealed that women give off signals about the inner workings of their body by the way they dress and red, quite simply, means ‘I want sex’.

Scientists have discovered that women tend to wear red or pink when they are ovulating, that time of the month that they are at their most fertile, in a bid to attract a mate.

In ancient times bras were nothing but strips of fabric tied under the breasts to support and reveal them or around the chest to flatten them. The corset started becoming popular in the 1500s. Its main function was to lift up and shape the breasts.  Today a bra now has two purposes: your plain basic contour bra for everyday support and a lacey sexual garment with a much lower cut with full emphasis on showing off the cleavage and shape of each breast.

Over decades, bras have evolved. For instance, push-up bras make your breasts look larger and they are a popular choice among women with smaller bust sizes for this reason. However, push-up bras are also great for women even with larger cup sizes who want more lift and support to create rounded, youthful cleavage. Once a supporting undergarment, now a flashing symbol of sexual interest. Once a visible bra was once considered bad taste, now they are often designed to be seen.  It doesn’t take an evolutionary psychologist to make a snap judgment on this one. When you’re flashing a hint of bra, it’s often intentional. That hint of delicate lace at the tip of your V-neck shirt says to the male species “I want you to see it. Black bra under white tank top: I want you to see that, too.”

There is much more to our clothing choices than we might imagine. For many people, what they wear is merely a matter of habit, but when we dress in the morning it might pay us to be a little more careful in the choices we make. For fun take the experiment and see how you dress during the 12th -15th days of your monthly cycle. 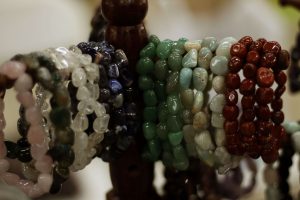 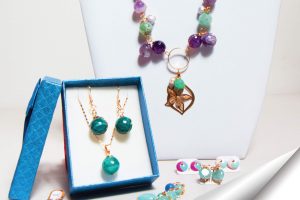 Five Tips On How To Care For Gold-Plated Jewellery 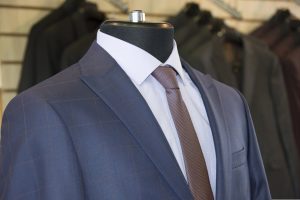 Top 7 Careers in the Fashion Industry

Is Dressing Your Child Like A Child A Thing Of The Past?
The Frugal Fashionista

Five Tips On How To Care For Gold-Plated Jewellery

Top 7 Careers in the Fashion Industry