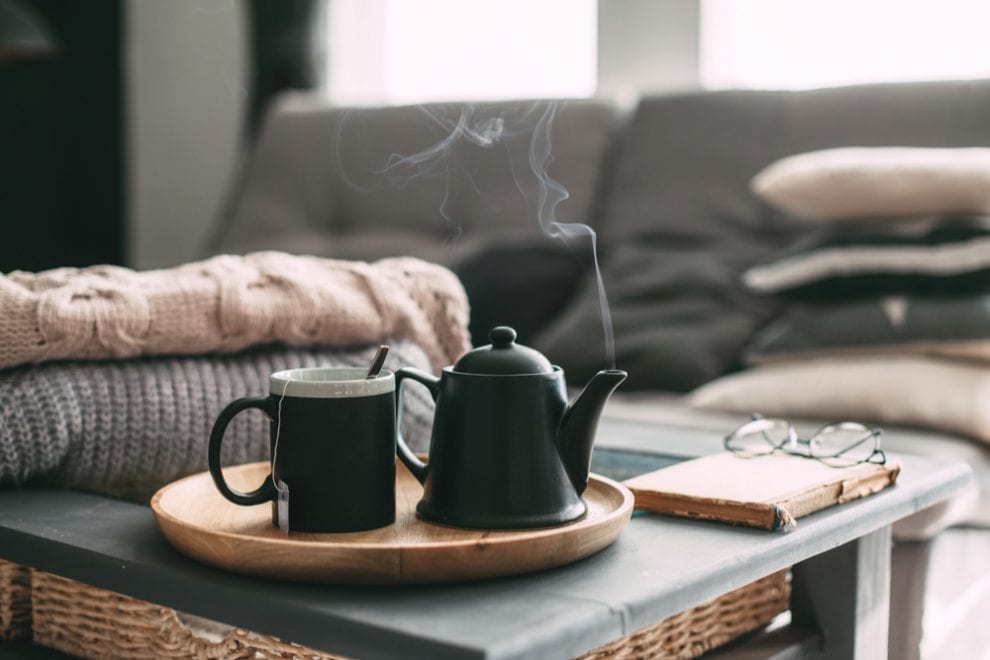 I’ve been leaving the office later than usual this month. Admittedly, I’m still catching up with the onslaught of work that crashed on my head after a blissful Christmas break. Don’t judge me.

As I walked up my street last night, just before the seven o’clock news, I pulled my cardigan closer to brace the cold wind nipping at my nose. This is not normal, is it? I thought. Surely enough, T&T’s favourite weather woman, Seigoine Mohammed, confirmed the declining temperatures.

Due to decreased cloud cover, a cold front from the north, reduced atmospheric moisture, and increased winds, Trinidad and Tobago has been experiencing chilly evenings, nights, and mornings. Temperatures dropped to as low as 19 degrees Celsius (the lowest so far in 2019).

Don’t lose your cool though, here are six ways you can bask in the ambiance and make the most of the sweater weather.

Even for ten minutes on a morning, before you get ready for the day ahead, wrap your blankets around you and meditate on the yumminess of the chill. You will thank yourself later when the sun is shining down again and you start melting.

Finish that book you’ve yet to finish

Not up for socialising with the other humans? No worries! Stay in and pick up a book from the stack of half-read books you’ve been meaning to complete. Get lost in a land of pure imagination.

Take advantage of the temperatures to enjoy a hot cup of cocoa or coffee. Grab your friends and head down to a coffee shop for some bonding time. What’s better than feeling delicious warmth moving through a ceramic cup as it embraces the sensory receptors in the palms of your hands?

Cuddle up for a Netflix Marathon

We live in the Caribbean, the temperatures will eventually become unbelievably high. Make use of this chill to stay inside and enjoy the sedentary life – at least temporarily.

Binge watch a Netflix series, or three. Listlessly flip through the movies before finally choosing one. It doesn’t matter, your pillow is comfy.

Go for a long drive

With no particular destination in mind, jump in your car and take a long drive. Maybe you want the company of friends, maybe not. Either way is fine.

Put on your favourite music, soak up the chill with the windows down and the GPS off. Perhaps you’ll end up on Manzanilla Beach for a nighttime dip in the sea or at the Boardwalk for a nighttime stroll.

Let the cold wind guide you.

Pull out your warm pajamas, rock back, and do nothing. The Italians call it “il dolce di fare niente,” or the sweetness of doing nothing.

The lowest temperature recorded at Piarco was in January 1964, when the temperature had dropped to 16.1°C. To experience that now would be quite thrilling.

After re-reading the suggestions on this list, I suddenly understand why I’ve been leaving the office late, but such is life.