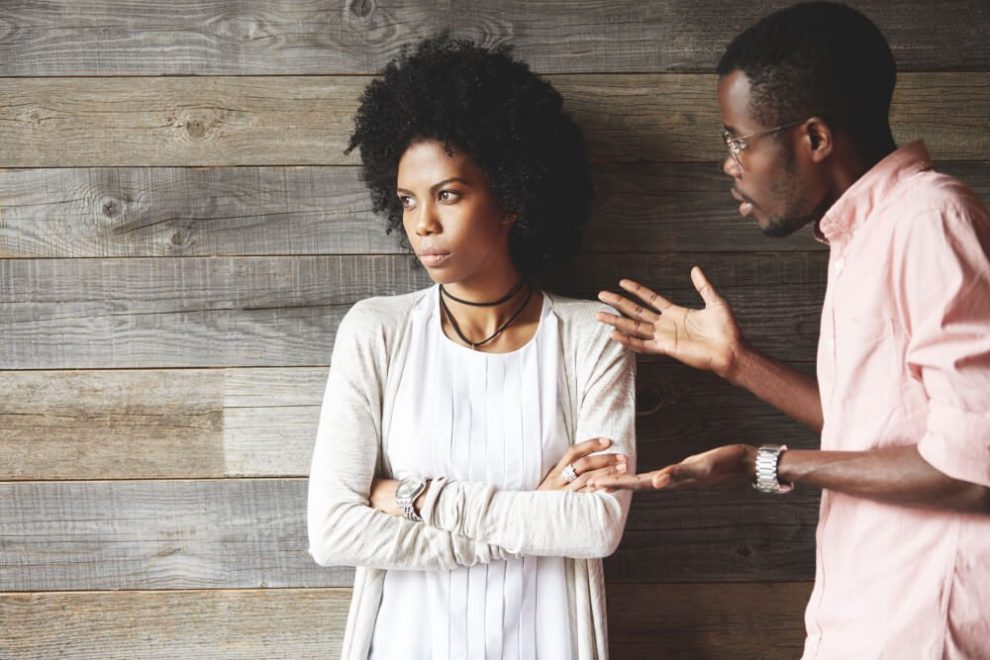 Public spaces in Trinidad and Tobago (T&T) have become uncomfortable and unsafe for women and girls as a culture of blatant sexual harassment pervades our society. Serah Acham encourages T&T’s gentlemen to add their voices to our message of respect for all.

Imagine this: You’re walking down the street to buy lunch, enjoying the fresh air and allowing your mind for a blissful few minutes to drift from your day’s expanding to-do list. Suddenly, you hear a man yell in your direction, “Oh gosh baby, you sweet!” Or maybe you hear the Toot! Toot! Toot! of a car horn and instinctively turn towards the sound, only to find the driver leering at you with a sleazy smile plastered across his face. Or, you might hear, “Psssst!” as you pass by a group of young men, their eyes running up and down your body with sickening slowness. Sounds familiar?

In some cultures, it’s referred to as ‘catcalling’. In others, it’s ‘wolf whistling’, ‘ogling’ or ‘street harassment’. In Trinidad and Tobago, it’s called ‘sooting’. Whatever the name, it is sexual harassment and has become too commonplace in our society. In fact, the unwanted stares, demands to smile and comments about various parts of woman’s anatomy, are a part of one of the most blatant forms of sexual harassment in our society. Unfortunately, this unwelcome attention is experienced by most females, countless times throughout their lives, beginning, for some, as young as age eleven.

This harassment has become so normalised within our society that victims think of it as a part of everyday life and that nothing can be done about it – just ignore it, we’re told. Our protests are belittled and our complaints are dismissed. Many see it as perpetrators having some harmless fun – boys will be boys, after all. Others think that those bothered by such attention should learn to take a compliment.

Far from pleasant and flattering, however, this form of sexual harassment is uncomfortable, invasive, humiliating and frightening. Victims are dehumanised, reduced to sexual objects, toys to be inspected and appraised by passers-by at their will. Like rape, it is a play for power, intended to intimidate and degrade. And, like rape, sooting is illegal. Perpetrators are not simply boys having a bit of fun, or men who appreciate a woman’s beauty. They are sexual predators, criminals who can face, at a minimum, a fine of $2,000 and a six-month prison sentence under the Trinidad and Tobago’s Offences Against the Person Act.

How many people knew that? The information is easily available, but I never thought to look for it because, like many victims, I’ve been subjected to this harassment for most of my life and grew up thinking that, though infuriating, this behaviour was normal and I’d just have to live with it.

When, along with the rest of our country, on December 8th, I learnt of Shannon Banfield’s murder, I was shaken. The location of her body was of particular concern to me because, though we didn’t yet know the circumstances surrounding her murder, the news brought to mind my own experiences rushing past IAM & Co’s Frederick Street branch many times over the past two and a half years, in an always futile attempt to avoid the leers and catcalls of the store’s two “security guards”. I even entered the store once, only to be followed and verbally harassed by one of its salesmen. While this article intends to cast no aspersions regarding Shannon’s case, this initial report brought forward the waves of disgust, discomfort and anger I felt each time I walked past that store.

Why did I continue to use that route, despite my experiences? Well, it was to avoid a possibly more dangerous encounter on one of Port-of-Spain’s quieter streets.

As women, we learn to stick to the most populated areas when in public because the presence of more people should deter predators. My experiences have taught me that this, however, is not always the case. Though I now associate IAM & Co with disrespectful and demeaning men, it’s not the only place I’ve encountered such treatment. Our grocery stores, malls, food places, parks and streets, are filled with men harbouring a burning desire to degrade women by staring, calling out and blow their horns at nearby women and girls. Disrespect towards women seems to have pervaded all aspects of our culture and it’s time for a change. We are all human beings and we all have a right to feel comfortable and safe at all times, regardless of where we are and how we look.

So, gentlemen, this one is for you. While we ladies will continue to protect ourselves from sexual predators and condemn their actions, we need you stand up to and speak out against sexual harassment as dishonourable and unacceptable. Let your voice be heard above those who don’t understand the simple concept of respect. Together, let’s take our country from the grip of sexual predators and send a strong message of respect for one and all.

Serah is a Content Creator at LIFEINTRINIDAD Marketing Limited. She is an all-round communications specialist with experience in everything from writing and editing to graphic design and photography. An avid reader, she believes in the power of the written word to inspire.

OWTU Presses for Petrotrin Strike: Why Now?
Out with the Old and In with the New