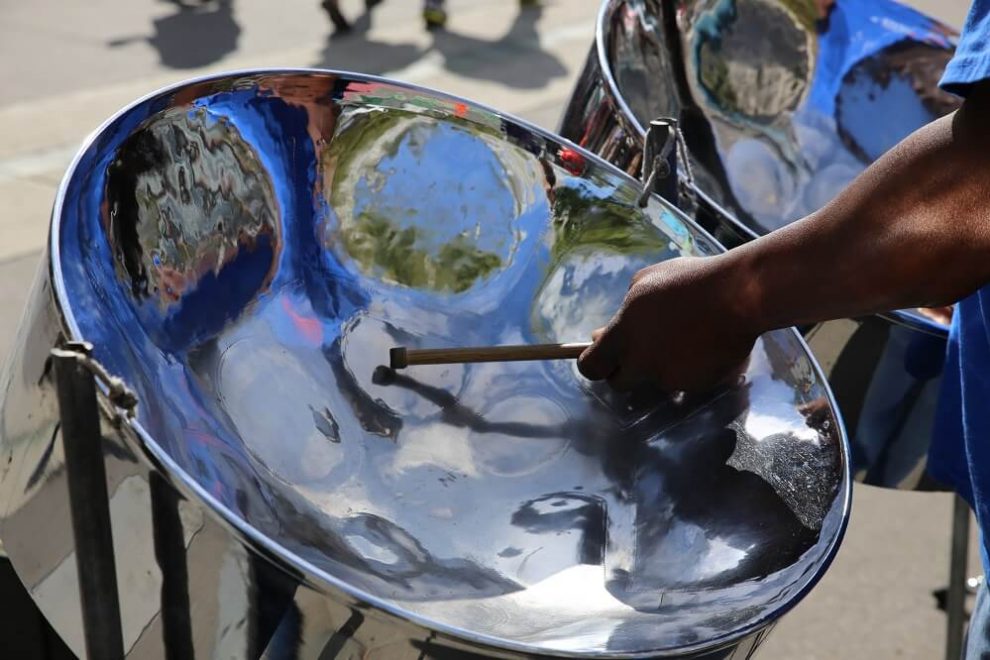 Have we dropped the ball in promoting the steelpan on a global scale? Do you think it is appreciated more by other countries?

Caribbean Vybez International is an entertainment company based in the United Arab Emirates (U.A.E.).  For more than 7 years, they have been a pioneer in promoting Caribbean culture in that region of the world. Recently they signed a deal with Michael Gabriel and Allan Poteon, leading pannists originally from Trinidad and Tobago. Now based in Boston and Germany respectively, both men have been spreading our local culture to various countries around the globe. They will be moving to Dubai next month to execute the next phase in the promotion of Caribbean culture through steelpan education and development.

Caribbean Vybez International intends to host a series of workshops geared towards teaching the art of steelpan, building and producing new instruments to be exported around the world and providing entertainment to hotels, restaurants, beach clubs and more.

Dubai and the rest of the Middle East will now enjoy the sweet sounds of steelpan and be transported to the Caribbean through this beautiful instrument.

I am sure the idea of steelpan going global brings a smile to every Trinbagonian’s face and fills them with pride. But this must also conjure up a bitter-sweet emotion for local pan enthusiasts. Like everything in Trinidad and Tobago (except for liming), it appears steelpan is only appreciated once a year at Carnival time and very little is done to promote and raise awareness of the instrument throughout the year. It feels like the love of pan is dying.

It is worrying that other countries like China and the U.A.E. have embraced the steelpan to the extent of investing in its development and teaching it in their schools. Our local schools are still largely driven by academics but many believe learning the national instrument should be mandatory at the primary school level. And while we have had some pioneers in the promotion of the instrument locally (Lennox “Boogsie” Sharpe, Ellie Mannette and Winston “Spree” Simon to name a few), today the improvement, evolution and promotion of the steelpan is predominantly chartered by foreigners.

Have we dropped the ball in promoting the steelpan on a global scale? Do you think it is appreciated more by other countries?

A Nation In Pain: The Tragedy Of Shannon Banfield
What Is The Real Number?