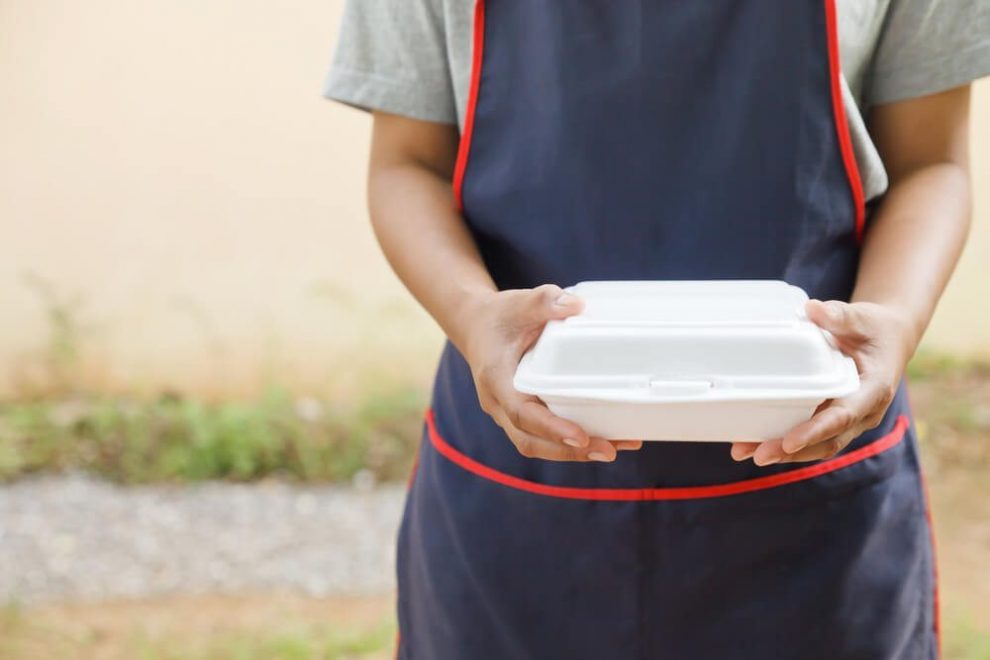 Trini to de bone, but what about our proclivity to litter?

You’re at Chaguaramas Beach. The warmth of the sun is gently caressing your face, the tide is mildly bobbing you up and down, and you’re drifting into a relaxing repose. Little did you know, you’re not alone. Something bumps into your head. Startled, you open your eyes and stand up. As you wipe the saltwater from your face and your eyes reorient themselves, you spot what’s keeping you company in the water…an unsightly bag of greasy styrofoam containers.

How about at your last river lime? Were you overwhelmed with joy when greeted by large heaps of Styrofoam and plastic waste on the riverbanks? Yea…I didn’t think so.

The unfortunate truth is that this is currently our reality in Trinidad and Tobago (T&T).

Sit in a food court anywhere in T&T and you’ll see it. One after the other, Styrofoam containers are filled with food and pointlessly stuffed into a plastic bag. It seems to be in never ending supply. When heated, these containers release toxic chemicals that accumulate in our bodies, negatively impacting our health. Made of a petroleum-based material, polystyrene, these containers take a hefty toll on the environment and takes a long time to decompose. It is not biodegradable, so when it gets into ecosystems, whether on land or at sea, they are ingested by animals, sometimes choking them. If that doesn’t snuff out their lives before we do when they end up on our plates, we’re also consuming these chemicals again. In early 2016, T&T was shocked to be ranked as the highest producer of Municipal Solid Waste (MSW) by The World Bank, which stated that the island nation produces 14.4 kilograms of MSW per capita per day. The World Bank defines MSW as including non-hazardous waste generated in households, commercial and business establishments, institutions, and non-hazardous industrial process wastes, agricultural wastes, and sewage sludge.

T&T’s Solid Waste Management Company Limited (SWMCOL) came out against this, stating that it “cast a cruel spotlight on Trinidad and Tobago,” as calculations reflected the urban population instead of the total population. SWMCOL was of the view that although the Pan American Health Organisation’s (PAHO) 2005 report accurately shows that T&T’s total daily waste is 2082 metric tonnes (2,082,000 kgs), it is better to divide this by the total population of 1.4 million, giving an average waste of 3.2 lbs (1.5kgs) per person per day.

Data shmata though. Just look at the sad remains of the mangrove next to MovieTowne in Port of Spain and you will be astounded. The country has a severe trash problem, and we need to deal with it.

According to World Atlas, “a lack of recycling facilities” contributed to T&T’s “dire waste management issues.” We were also criticised for the “pervasiveness of littering.” The negative publicity these shameful reports brought has awakened some citizens regarding the state of waste management in our country. Now, T&T may be on the brink of an environmental breakthrough. If we play our cards right, we may soon join the list of forward-thinking countries placing a ban on the use of Styrofoam/polystyrene products. Most Caribbean countries hold tourism as the mainstay of their economy. Tourists do not come to be surrounded by garbage. Caribbean nations are now at the forefront of international efforts to eliminate Styrofoam and plastic waste.

Tobago is taking lead to preserve its environment. On March 24th, the Tobago House of Assembly passed a motion to phase out polystyrene foam products on the island. According to the Secretary of the THA, the motion has a lot of support.

We need to do our part to protect the environment, of which we are a part. So whether you choose to SIGN THIS PETITION to get the Ministry of Planning and Development to ban the use of Styrofoam/polystyrene containers in T&T, or you go to the grocery with an eco-friendly tote bag instead of accumulating your plastic bag filled with plastic bags in the kitchen, DO SOMETHING. The future depends on it.

No Hike in Fuel Price, Says Minister of Finance
Hope On The Road To Russia 2018