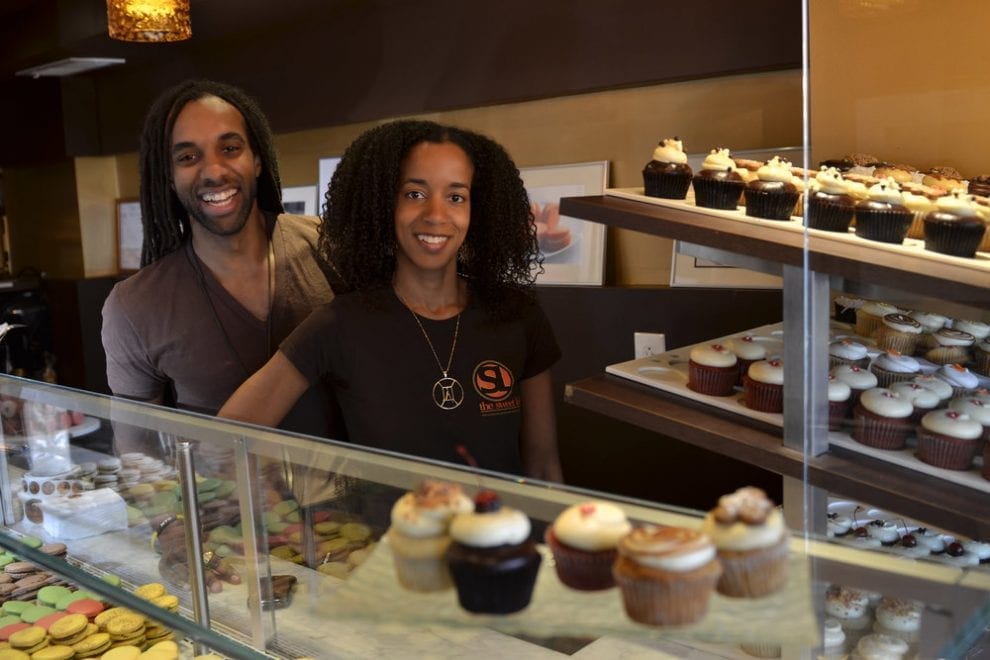 Dr. Winnette McIntosh Ambrose is bringing Trinidad and Tobago to the world!

Unless you’ve been in a Carnival bubble for the past few weeks, you may have heard that a daughter of Trinidad and Tobago’s soil has been winning accolades on television programmes on Food Network. Dr. Winnette McIntosh Ambrose is a combination of brainiac, foodie, and pure awesomeness!

Bringing our local zeal and ingenuity to the table, she outperformed competitors on a recent episode of Chopped by creating inspired dishes like stuffed bake with jerk lamb, curried turkey, paratha, and cauliflower choka. Seriously, with that menu how could she lose?

Naturally, this was not the first time she wowed judges with such an amazing knack for creativity. In 2012, Dr. Ambrose, along with her brother Timothy McIntosh, surpassed three other bakers to win an episode of the popular show Cupcake Wars. The victory came after only one year as the owner of The Sweet Lobby, a popular bakery run by the siblings in Washington D.C. Describing the Trinidadian palate as “complex”, she incorporates flavours from her indigenous roots into a unique brand of international cuisine. Dr. Ambrose definitely excels as a chef and a baker, but interestingly that was not her first choice for a career.

Stating a fascination with science and research from a young age, growing up in Trinidad she had always dreamed of attending the prestigious Massachusetts Institute of Technology (M.I.T). Determined and undaunted, she made it to the institution on a scholarship and pursued a double major in chemical engineering and French language and literature. This “dual mind-set”, she explains, was always her comfort zone.

During a semester abroad in her undergrad year at the Sorbonne (University of Paris), she gained exposure to the fine art of the French patisserie and a fascination with baking and its blend of art and science emerged. “I became really mesmerized, captivated by the beauty, the craft of French patisserie,” she related in an NPR interview. She eventually obtained her PhD in Biomedical Engineering from M.I.T and worked in the medical technology sector. But the passion had already been deeply instilled. The excitement of devising and cooking her own recipes could not be constrained to cooking only for her husband and their circle of friends. The Sweet Lobby was born from that passion, and it afforded the opportunity to work with her brother, who also holds a chemical engineering degree from M.I.T.

A consummate high-achiever, she is unsurprisingly also a superstar in the biomedical field. Dr. Ambrose holds a patent for the first ever carotid stenting device approved by the Food and Drug Administration (FDA). Could she be any more amazing and iconic? Definitely someone to tell your children stories about for inspiration.

Be sure to tune in and support our local Food Network star!