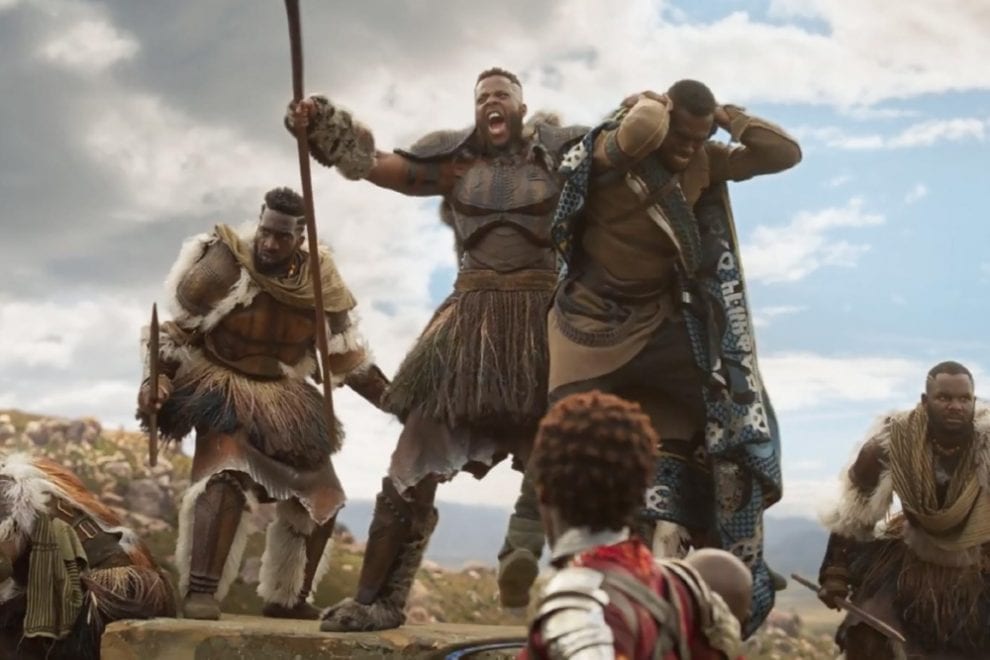 We are extremely excited to see a son of Trinidad and Tobago soil starring in Black Panther.

Imagine you and your friend went to the same prestigious drama school. One day you go to see The Avengers together and wonder what it would be like to star in a blockbuster comic book movie. Then, just a few years later, you both get hired to star in a cool film adaptation of a popular comic series.

Sounds too amazing to be true? Not if you’re Winston Duke, the Tobago native who landed the compelling role of M’Baku in Marvel’s highly anticipated and well-reviewed Black Panther movie. And his friend? None other than acclaimed Academy Award winner Lupita Nyong’o.

Duke was born and raised in scenic Argyle Village, Tobago, a location famed for its natural beauty, particularly its renowned waterfall. Being exposed to African and Indian cultures throughout his childhood, he was keenly aware of the dearth of depictions of persons who he saw in his everyday life on the big screen. Hollywood seemed to not know people like him existed.

However, growing up he learned about the United States and its culture through reading comic books; an experience that instilled in him the notions of how people like him were perceived and treated in society. This may have served him well when he moved to the country at an early age.

Duke has since succeeded in being recognised as a respected actor in the very same world he once saw as “distant” from himself. A graduate of the Yale School of Drama, he is proud to finally be an inspiration to youths who can look up to him as a role model. In fact, he was so honoured to receive a part in such a historic movie like Black Panther that he got emotional when he was informed.

He is a true Trinbagonian, with a deep love for the community that nurtured and supported him and an abiding respect for the culture of the people he grew up amongst. As successful as he has become, there’s nowhere else like home for this amazingly talented and humble star.

So T&T, let us show our support for one of our nation’s own and go see Black Panther. Not just in honour of Winston Duke (though that is a sufficient enough reason to watch the movie) but also because of the film’s significance and its influential impact on societies across the globe.