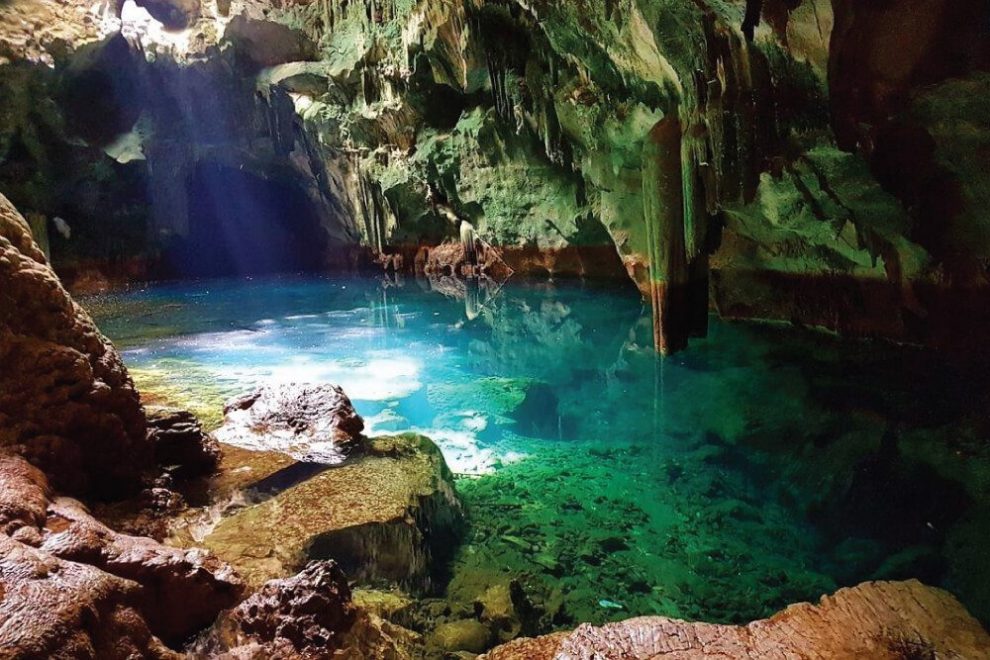 I left home early to beat the traffic. At 7:30 am sharp, I was pulling out of my driveway. I, along with some other Trinis, were accompanying a group of six Germans on a guided tour of the magnificent Gasparee Caves. I have lived in Trinidad all my life but had never seen them before so I was excited. I was delighted to find that the traffic moved steadily (probably because school was closed) and I made it to Port of Spain in great time. So much so, I stopped at Burger King, Movie Towne for breakfast and then tackled the last leg of my drive to Chaguaramas. My friends were already there waiting for me; I arrived at 9 am on the dot.

We were met by a friendly, energetic tour guide named Mervyn Alleyne who made it clear that he was no relation to Ian Alleyne. We laughed. Our group of twelve along with two smaller groups piled into a boat and about eight minutes later, we arrived at Gaspar Grande. It was a hot day. We were informed that we had to make a short trek up an incline to get to the caves. I already doubted my ability to make it up the hill. My pathetic level of fitness coupled with the pancakes I had consumed a half hour before were now factors that made an ordinarily easy hike seem unsurmountable. I was determined to remain positive as I didn’t want to ruin the trip for my German friends. At that moment I swore off KFC forever and resolved to actually make use of my gym membership. I put on my bravest face (if only to mask the annoyance I felt with myself) and started out with everyone.

Our tour guide explained with ease the history of the island, the geological make up and the size. Although he would have rattled off that information a couple hundred times before, I appreciated that he spoke to our group like he was saying it for the very first time. On the way, he pointed out some fruit trees like Sugar apple and Hog plum. There was also a beautiful Silk Cotton tree. We passed a few houses, some undergoing upgrades, and I wondered if I could sell a body part on the black market to acquire my own island getaway. By this time, I am grossly out of breath. I hide the fact that I am a single step away from death by being silent. We walked some more. I snapped a photo of a sign that read, “The island Gaspar Grande is a mile and a half long by half a mile wide.” I grinned to myself; it felt more like it stretched the length and breadth of the Sahara. And then I felt it. Breathing became difficult, I couldn’t move and I suddenly felt like I was occupying a space that was much bigger, the world spinning around me. I felt small and I told my friend, “I feel like I’m going to pass out.” She was by my side in an instant and encouraged me to sit on the ground. She sat down next to me and that was it. I was incapable of controlling my own body, I slumped helpless against my friend. Excellent! For the umpteenth time in my life I had fainted.

I have been abroad where I witnessed people who were clearly in distress and needed assistance, be ignored by passers-by. Nobody seemed to care, nobody stopped to help. But in my semi-unconscious state, I could hear the concerned voices of everyone fussing around me.
Some lady, “Let her sit down!”
Random guy, “Gimmeh her bag!”
Tour guide, “Is she okay?”
Some other lady, “Allyuh have water? Look ah cold one.”
Same lady again, “Here, look ah juice!”
Tour guide, “She needs to eat these biscuits; de sugar go help.”
My friend, “Fan her, fan her!”

Later, when I was cognizant again, I realized that the random guy was holding my bag and had been fanning me for about 20 minutes. His name was Jason. He was married. Drats!

I finally made it to the top of the small hill with the assistance of my friend and a few other people. There was an open house with restrooms and a main hall where visitors could leave their belongings en route to the caves. I chose to stay behind as I did not feel recovered enough. Soon afterwards, the groups started to make their way back to the house and without fail, everyone of them with genuine concern asked if I was okay and if I felt better. I was able to identify the voices of ‘Some lady’ and ‘Some other lady’ who offered me pelau and juice. I also received enough medical advice to open up a shoddy, illegal medical practice. When I looked around they were all from different walks of life, ethnicities and backgrounds, but, they were all trinis. My German friends did not seem to show much concern for my situation though. I reserve comment on that.

I never saw the caves. And although I was momentarily disappointed, I left Chaguaramas with a renewed love for my countrymen and this beautiful island of Trinidad that I call home. Trinis never leave you stranded. Our ability to mobilise in a crisis is always heart-warming to me. Often times, we appear to be quite divided as a people, separated by ethnic background, social status and religious beliefs, but beneath all of that, lies an enduring warmth and compassion for our fellow men. What I hoped to be a visit to the caves, turned out to be an enriching experience for me. I have been reminded to always look beyond the outward appearance of a man and choose instead to appreciate him or her for the simple fact that we share a common bond, our humanity. 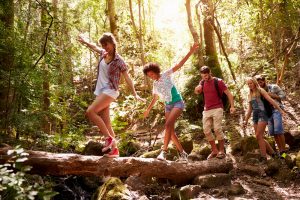