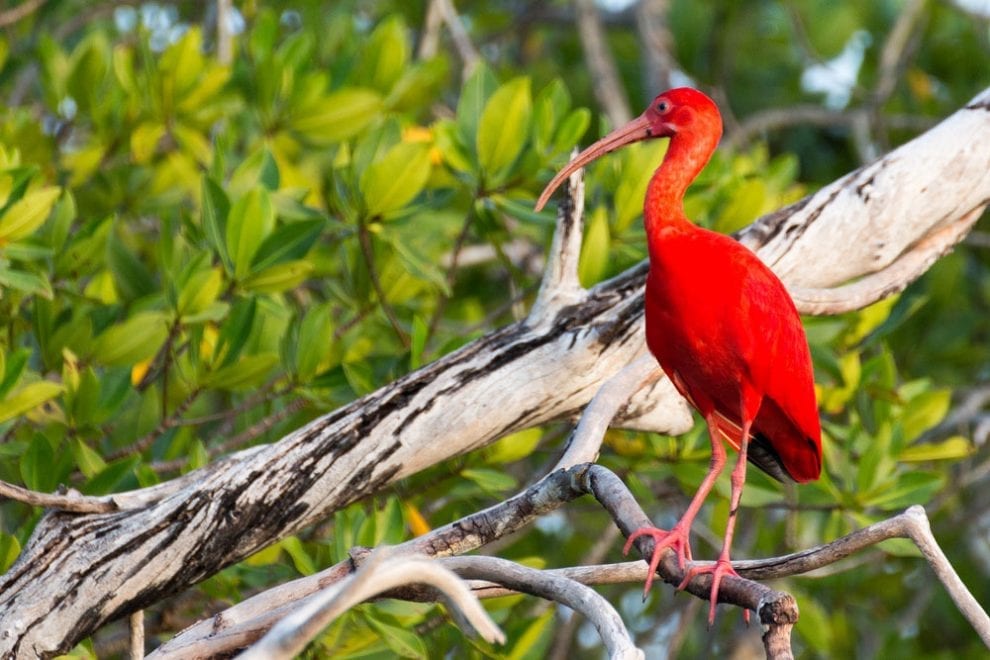 The global wildlife population is especially vulnerable to being decimated by humans.

World Wildlife Day was instated as a day of endangered wildlife awareness by the United Nations General Assembly in 2013. The Assembly chose March 3rd, the anniversary of the adoption of CITES by the IUCN, as the official date for the annual observance.

Since 2015, each year of the celebration has had an overarching theme. The first issue spotlighted was ‘It’s time to get serious about wildlife crime’. In 2016, it was ‘The future of wildlife is in our hands’, with a sub-theme “’The future of elephants is in our hands’”, while 2017’s main theme was “Listen to the young voices“. This year’s highlight is “Big cats – predators under threat.”

You may have noticed the urgent, almost pleading, tone of each topic. This is not unintentional; the global wildlife population is especially vulnerable to being decimated by humans. Our entire ecosystem is an intricate web of organisms that depend on each other for survival, including us outliers with opposable thumbs. Yet, the intrinsic value of a thriving wildlife population on our planet is seemingly not fully appreciated by most humans.

According to the World Wildlife Foundation (WWF): “Humans are behind the current rate of species extinction, which is at least 100–1,000 times higher than nature intended. WWF’s 2016 Living Planet Report found global populations of fish, birds, mammals, amphibians and reptiles declined by 58% between 1970 and 2012.”

Poachers and traffickers are the most despicable profiteers from the illegal trading of wildlife across the globe. In fact, the industry has become so prolific that it ranks second only to the global drug trade in terms of profitability and range of operations.

Though most countries, especially in the West, have laws against capturing, killing, transporting, and selling protected species, most of these laws are not consistently and efficiently enforced. Oftentimes, poachers and traffickers find sneaky ways of circumventing the rules in areas where actual attention is paid to the preservation of wildlife.

In some eastern philosophies and religions, certain animals are considered sacred and are thus spared from harm by divine grace. Other creatures have not been so lucky. Particularly, animals that have ivory growing out of them, such as elephants, hippopotamuses, walruses, and narwhals. Elephants have suffered the worst for their natural tooth composition, with estimates of 30,000 African elephants being killed yearly by poachers.

China only just put a ban on the sale of ivory since January 2018, after centuries of being responsible for the depletion of wild elephants. China is an egregious culprit of wildlife abuse. Most of their traditional “medicines” comprise endangered animal parts as main ingredients, with little to no effects on the actual ailments they purport to treat.

However, this is not the only international country that participates in the cruel exploitation of wildlife for its selfish purposes. Creatures such as whales, seals, rhinoceroses, pangolins, turtles, tigers, alligators, and so many more, have experienced drastic decreases in their population levels due to being relentlessly hunted, captured, and killed.

These animals are not just targeted for medicinal or dietary purposes. Some are destined to be “exotic” pets, and some are butchered so their parts can be used in manufacturing certain products for human consumption.

Over centuries, many nations have plundered our animal resources to the detriment of our planet’s ecosystem. We Are Offenders Too

Have you ever been to a local pet shop and seen a pretty bird languishing behind bars? Chances are, if it’s a non-native species, then it was brought here from either South or Central America. Exotic birds are poached from these tropical rainforests and transported to our island to, ostensibly, live as someone’s trophy pet. Just like baby monkeys, orphaned by the curse of cuteness and sold to so-called animal lovers who don’t even care to question where the animal came from.

Some Trinis still indulge in wild meat like “tattoo”, “lappe”, “manicou”, and “agouti”, without a care in the world that these creatures might soon no longer even be around for them to so callously enjoy. And some even see our National Bird species, the Scarlet Ibis and the Cocrico, as local delicacies.

Apart from this, as a nation, we have not yet progressed to the mindset of appreciating our natural spaces. Littering is rampant, and mining and deforestation are scourges on our landscape. These factors are increasingly diminishing the quality of the environment in which our native fauna thrive.

Trinidad and Tobago may have taken a step by recently ratifying the Paris Agreement, that could help make life on earth better for all its inhabitants, but we still have a long way to go in terms of environmental efforts. Luckily, there are some local groups who focus on wildlife conservation and, perhaps most importantly, awareness and education.

The El Socorro Centre for Wildlife Conservation is a notable entity. The Centre rehabilitates, rescues, and houses wildlife that need protection and a safe environment. They also put on educational workshops for children all across the country, teaching our youngsters about being kind and showing compassion to animals.

March 3rd comes around once a year but awareness of wildlife conservation should be a perennial concern. A healthy ecosystem is important not just for the planet, but for humanity.