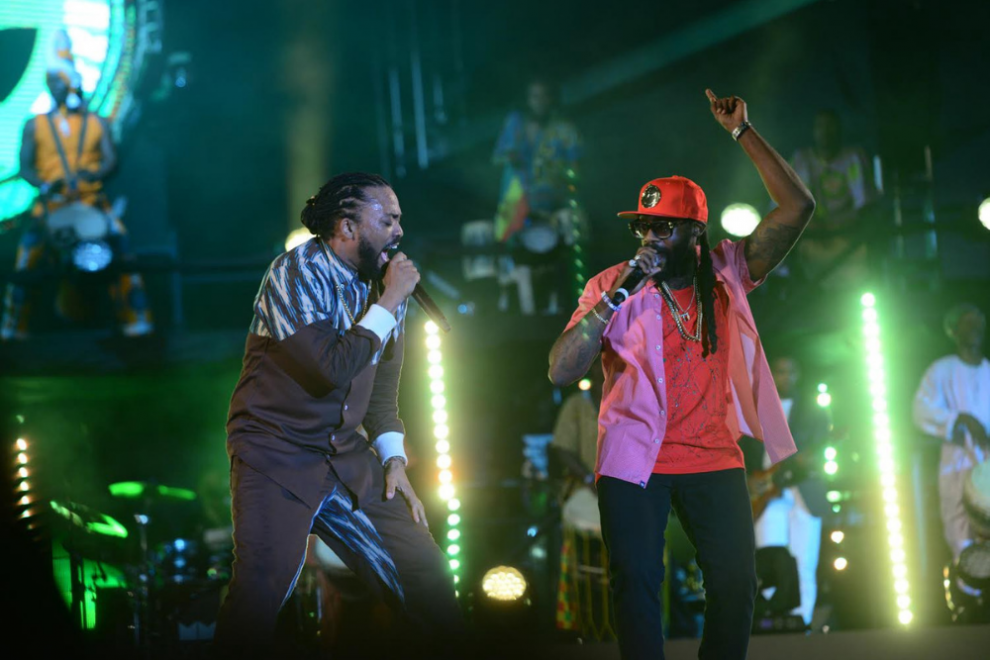 Raymond Edwards is a classical singer and broadcaster resident in Trinidad and Tobago.

I do agree with my friend Orin Gordon that from a musical perspective the internationality of the music is a win-win for all. There are those who have argued that Soca being an offspring  of calypso in itself was too “Caribbean”, too islandesque and the topics were too harshly pinned to Caribbean experiences to make sense to those who are not from here. That being said the mold of a good Soca song has been cracking and chipping for years leading to the deluge of quality Soca that was produced this year.

This song caused intellectuals, in particular feminists throughout the Caribbean to say, “hold on… what? Wha?”

With its catchy hooks…

You put all of meh clothes in a garbage bag

..it resonated and reverberated from the lips of many a spectator and masquerader, the song was undoubtedly a hit. The sweet melodic lines so infectious that even little children who could barely speak could sing along.

But we must also stop and listen to the other side of the argument. Over analysis maybe, but has the singer ever taken a moment to determine what he did or didn’t do to make his woman want to kick him out? And the onus is placed on her…”you can’t be looking. cooking the way you do, you can’t be hookin meh.”

For victims  of assault and violence this is the same type of language used by their attackers.

Now if that is not your experience and it’s a witty fun song to you, I feel you. It’s one of those songs  that in the #metoo era we have to be sensitive about how it comes across. That being said its now stuck in my head again.

Prolific composer and singer Nadia Batson hooked me and thousands of other  music lovers with her infectious jam So Long. Again like her other compositions she related to a phrase that many a Caribbean native has said and many a non-0Caribbeanite can understand

So long I eh see you…

For those who don’t speak Trini, “hey do you know how long I haven’t seen you!” I like how we say it better

This song’s aching melody and catchy themes had many old friends (and people who wanted to get close to a sexy guy or gal) throwing their arms open and saying gimme a wine. Now I have to pause and note that although wining  to the uninitiated may appear to be raunchy gyrations, it is a dance and consent needs to be sought and obtained before performing said dance, lest one ends up getting smacked. So permission needed, ok?

Yuh know how long me eh really see you:”….

I thought you was in foreign..

Just 2 lines you may get after not seeing a friend or “fren” for a while. I can see myself listening to this song for many years to come.

I had to take a breath before writing a word about this song. Killa swept through parties in T and T Carnival like a Hurricane, taking back home with him to Grenada the title of Power Soca Monarch. The chune bad bad bad. (good good good). From the pulsating opening rhythm to the midnight robber-esqe gravelly voice of Mr Rum, the song told a distinct story of what happens when one drinks too much.

Rum tell me to…

Rum tell me to…

Evoking memories of the late Shadow’s (Winston Bailey) Bass Man, Mr. Killa’s Rum voiced instructions could lead one  to do a pack of slackness or even hurt him or herself trying to pick up something too heavy without bending your knees. But there was more than just idleness there was something ancestral about the song….it spoke to you in a deep guttural guiding sense. And that’s why it is one of my top 5.

The 4th pick on my list I was tired of hearing by Carnival Tuesday.

I am not surprised that this song won Road March. It was designed to be a winner. The pulsating, throbbing rhythms played at deafening volumes for the masquerader who wants to leave all their energy and vigour on that savannah stage. It did that. When you see your family or famalay for the first time  or the hundredth time, you embrace and you hug up and you put down a wine like you never have before, because you are bidding farewell to the flesh. Famaly is designed to make one loose inhibitions and wine like it eh ha no tomorrow. Thus it takes its place, Road March victory in hand ,on my list.

The beauty of the Queens Park Savannah before, during and after Carnival is unmistakable. As a child growing up, the Savannah provided ample playing space and fresh air. As a young broadcaster the Grand Stand of the QPS provided many a nurturing moment talking about the art and culture of our country. Kees and his band and their composer captured this love that most Trinbagonians have for this refuge in the city.

Where one can exercise walk run skip and masquerade. The melodious strains took me back to being covered in paint crossing that stage a J’ouvert morning. The cues to jump and wine by yourself or with a friend were just magical.

So it caps my top 5 list. 2019 gave us a bevy of fantastic songs, with what I like to call legs. These songs for the most part will unlike many of their predecessors, live on and garner airplay throughout the Caribbean… and I may even speculate to international remix tracks as well. It is because they tell a good story and have catchy hooks.

The composers hit the nail on the head this year. Go Soca go. 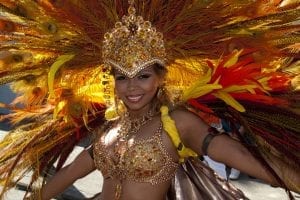