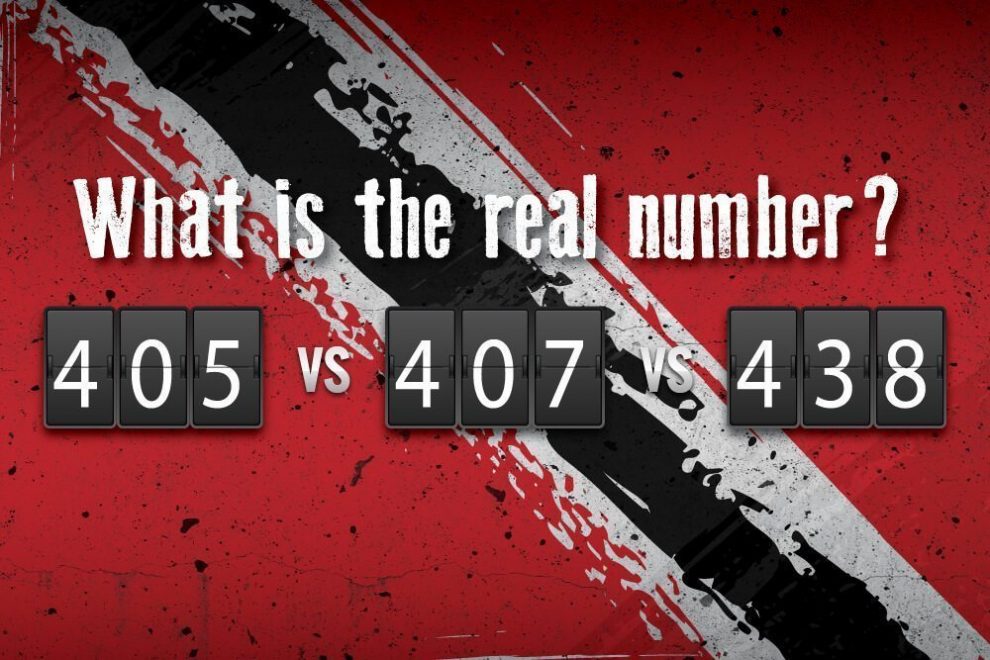 “What is the real number?” How many families have had loved ones ripped away from them? How many mothers have we seen weeping for their young sons on the 7 o’clock news?

Sturge, along with Attorney-at-Law Gerald Ramdeen, presented members of the media with a list of murder victims for this year. However, it was found that at least 25 names were duplicated. When questioned about this, they said it may have been a photocopying error. This explanation has been refuted as they were not exact copies; the names had been duplicated while the numbers were not.

Senator Sturge also lamented that the number of kidnappings reported on the police service’s website is zero. He also cited the recent case of Ria Sookdeo as an example of why its statistics cannot be trusted. He also criticised the way the police service treats with missing persons, saying that it is quite possible a great number of them are dead. He says the Government has failed to address the crime situation and that no part of its 10-point crime plan has been implemented after more than a year in office.

Sturge described Prime Minister Rowley as highly inept and incompetent. “He has brought nothing to the table,” Sturge said. He also referred to Rowley’s recent disclosure of a $350,000 roti bill under the PP administration. He claims that is not a crime plan.

There is no denying that we have a serious crime problem in Trinidad and Tobago, one that is escalating daily. Senator Sturge, as a member of the opposition and as a concerned citizen, was well within his rights to address Government’s inability to curb the situation. However, presenting what seemed to be a deliberately inflated murder list can only be construed as early campaigning for his party’s re-election. The real issue is this; crime is affecting all of us.

Whether the number is 405 as reported by the police service or 438 as Sturge claims, we must ask ourselves, “What is the real number?” How many families have had loved ones ripped away from them? How many mothers have we seen weeping for their young sons on the 7 o’clock news? How many homes are now fatherless because a life was senselessly taken away? How many of our citizens live in fear? What is the real number?

It is time to stop assigning blame. Senator Sturge has presented us with some grim facts. What he has not proposed is a solution. It would be easy to say that murders have increased under the present PNM administration. It would also be easy to say that this is all the PP government’s fault. It would even be easier to write angry comments on social media and do nothing at all. But ultimately, if you are not part of the solution then you are part of the problem. The murder rate in our country is now OUR problem, how can we ALL be a part of the remedy? Does it really matter under which government the murder toll has increased? Does it matter which party is credited with reducing the crime rate? Shouldn’t the focus be on reclaiming our country by any means necessary?